Full disclosure, I forgot the theme this month so I kind of backed into it. Let's see how this goes. :)

I had the opportunity to backpack from the North Rim to the South Rim of the Grand Canyon. We were originally just going to camp South Rim and do some day hikes but things fell in place and thanks to some awesome people we were able to secure a Bright Angel backcounty pass on very short notice. The canyon floor feels somewhat otherworldly. This was at our camp site at Bright Angel after the sun had gone beyond the canyon walls.

Climbing out of the canyon actually proved to be slightly easier. We were in the shade most of the day and there are plenty of rest stops. Still, it was probably the most difficult backpacking trip to date. This is shortly after we crossed the Colorado River via the Silver Bridge you see below. 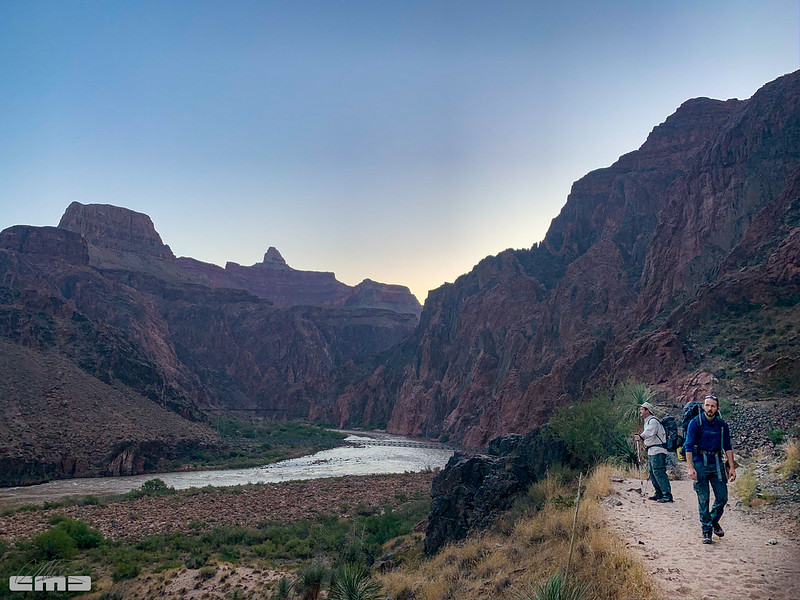 After the trip to the Grand Canyon, I had a work trip to Boston. My wife had never been so she came along. I was busy so she did all the site seeing, but we did get to share a nice meal followed by a chocolate martini at Max Brenner's. 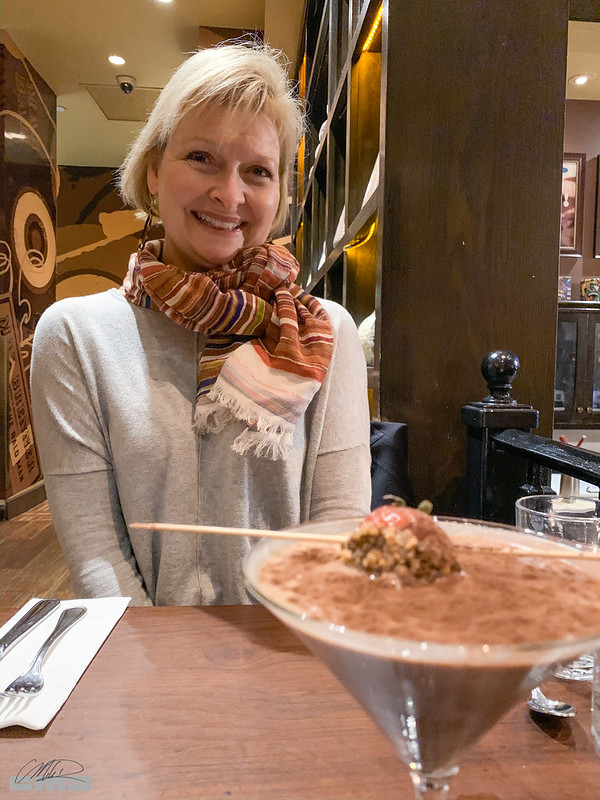 A little mid morning pick-me-up between meetings in Boston. 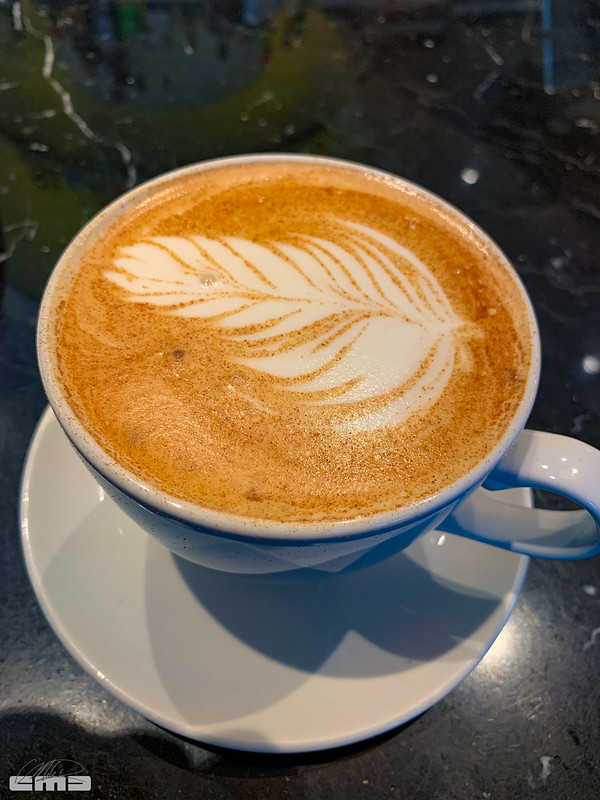 One of our Boston meetings had a fantastic view. I believe that is MIT across the river. 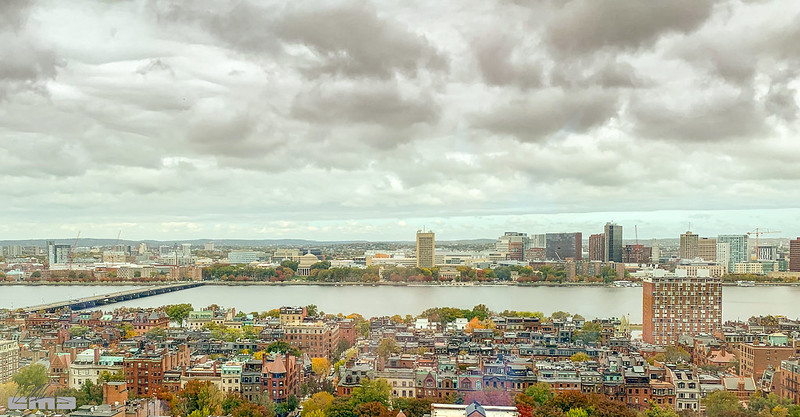 That's five photos, they all contain liquid! I hope to do a little better next month!!!
Posted by Mike Davis at 12:17 PM

Nice shots. I've hiked down into the Grand Canyon, when I was younger, but never all the way to the bottom, let alone back up the other side. Very nice.

Beautiful vistas! 😍 And your wife looks very happy with that chocolate martini. Must try that, one day. Excellent takes on the prompt! 👌

Both Grand Canyon and Boston are destinations I wouldn't say no to!
Great that your lovely wife had the opportunity to join you. I have never heard of chocolate martinis, you've got my attention¨

Out and About with the GeoKs said...

If you hadn't confessed to "backing in", I'd never have guessed! Absolutely thrilled for you that you got to hike down & up, from rim to rim, at the Grand Canyon. Haven't done even a part of it, but it doesn't take much too imagine just how difficult that must have been - and satisfying. :)

Mike, I love the houses on this side of the river in your Boston river photo from a sweet height, yummy drinks, and I appreciated the Grand Canyon shots. Thanks for sharing. Sylvia D.

Oh the Grand Canyon would be awesome, a bucket list item. You did a great job, even if on accident of capturing "liquid" for our theme.

M apologies for being so tardy on my comment. Entrepreneur and I went to the Grand Canyon last June but only walked the rim. Backpacking on the canyon floor would be amazing! And, you wife is just the cutest little lady! I love that photo. I'm not a coffee drinker, but have always thought the designs baristas make with cream is an art form. All great liquid shots for October!

Those Grand Canyon photos are excellent. The second photo is gorgeous. As for the coffee shot .. always amazes me when people can stuff like that art on the top. Of course I don't drink it, so I'm assuming it's not regular coffee!